Charlie Tidmas from Folkestone to Features

Charlie’s first experience of film came during the summer after his A-Levels, having achieved an A in Media Studies. Charlie was fortunate enough to have signed up to the Kent Film Office’s list of runners and, upon receiving a random email one afternoon, found himself a few days later on the set of Avengers: Age of Ultron in Dover. After stumbling through the experience with incredibly wide-eyes (and a very well-fed stomach), Charlie definitely had the bug for filmmaking. 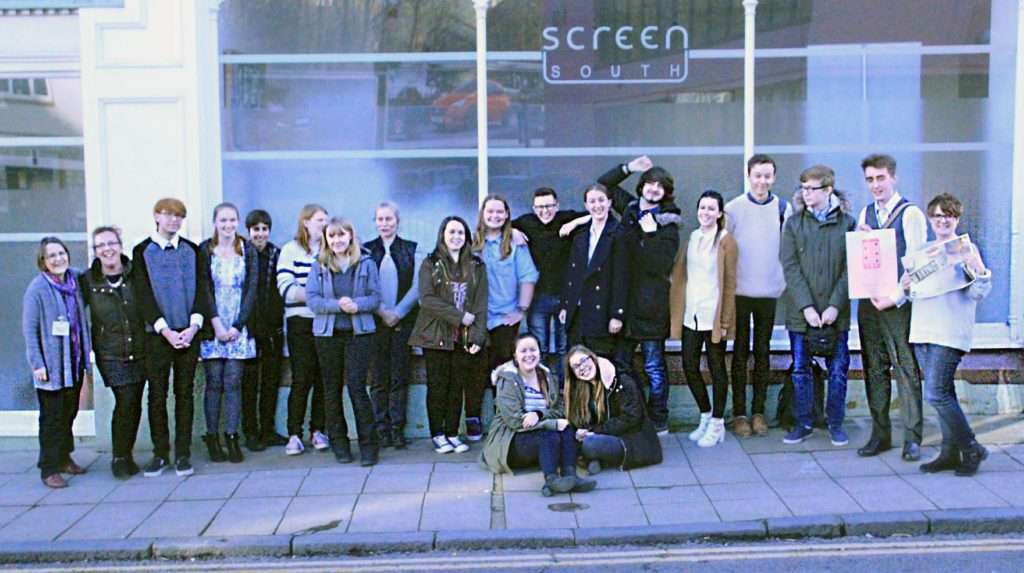 During the regional Kent BFI Film Academy, the participants were informed of the residential craft specialism BFI Film Academy based at the National Film and Television School in Beaconsfield. Having missed the deadline to apply as a writer, Charlie applied as a production designer with a portfolio and was invited onto the course as one of the 66 participants. The films created during this Academy premiered in NFT1, BFI Southbank.

Charlie was lucky enough to secure a space on the 2014 Kent BFI Film Academy course during the early terms of his first year at university. During the course, Charlie and the other participants were treated to talks and workshops from working practitioners in the film industry across a variety of vocations. Charlie wrote, co-directed, and produced one of the two films created by the Academy as part of the course; the films were screened in Quarterhouse in Folkestone to a packed-out audience. 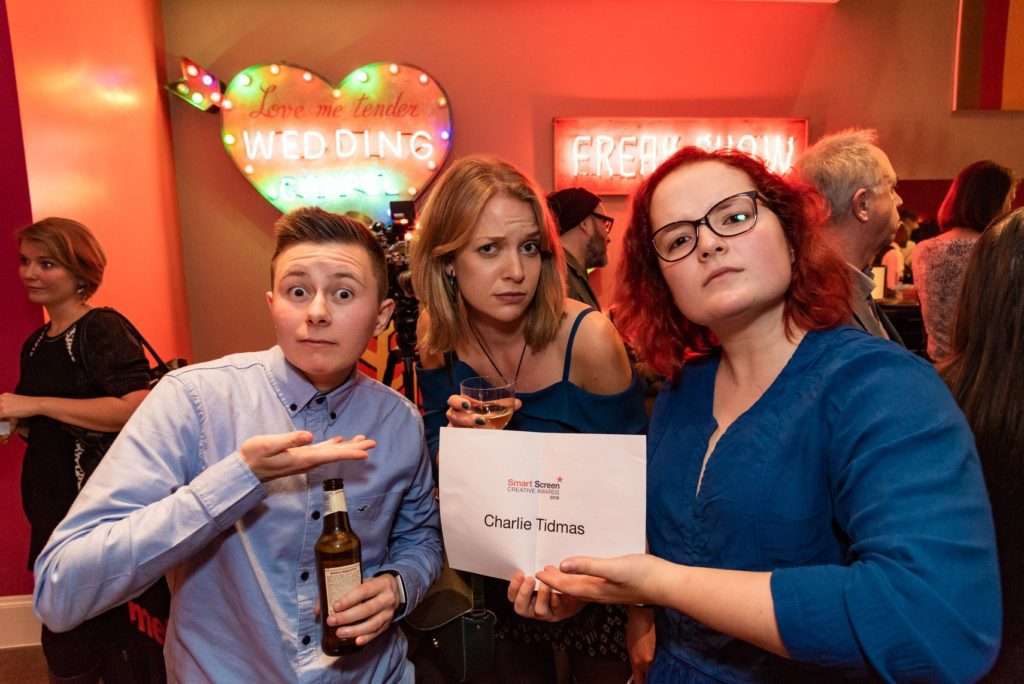 After the Academy, Charlie finished his time at Canterbury Christ Church University with First Class Honours in Film and a determination to pursue a career in screenwriting. Thoroughly inspired by the late, great North Macedonian screenwriter and lecturer Goran Stefanovski, Charlie applied to MET Film School in Ealing. He was accepted onto their Screenwriting masters and shipped off to Ealing to continue his studies. In the meantime, Charlie was working on a number of short films with other Academy alumni all across the country. He was writing and script editing on up to five projects at a time, with films shooting as far afield as the highlands of Scotland and the rolling hills of the Italian countryside. He kept in touch with the BFI throughout, returning to the National Film and Television School numerous times to talk to new Academy cohorts.

During Charlie’s MA, he was commissioned by Screen South to write and direct a short experimental film about transgender identity for Channel 4’s Random Acts scheme. Charlie was invited by the BFI to screen the film privately to the programming team of Sundance London.

Click the link below to see the other 71 films created as part of the Ignition Random Acts: First Acts scheme which was suported by the Arts Council England and Channel 4.

Charlie has always kept in touch with the BFI and has benefited from a great working relationship. He was invited to the BFI Hub South East’s Brighton writer’s lab to workshop two short film scripts. He was also invited to Number 10 Downing Street by the BFI for a discussion about inclusion and diversity in the UK Film Industry. Participants included Idris Elba, Amanda Nevill and the heads of studios such as Warner Bros and Universal Pictures. Charlie sat on a panel at the BFI Future Film Festival about film schemes and opportunities for young filmmakers as their BFI Film Academy representative. He was most recently selected to attend BFI NETWORK’s 2019 Weekender for women, trans, and non-binary filmmakers as one of 22 participants. The weekend included panels, masterclasses and workshops with nation-wide talent executives and filmmakers such as Loran Dunn, Adeyemi Michael, and Clio Barnard.

Charlie continues to work across a number of formats, freelancing as a screenwriter and script editor. With over fifteen short films, two feature film scripts, and a sit-com bible under his belt, Charlie writes and edits independent film scripts for a wide variety of filmmakers, focusing on diverse and creative storytelling. He also works across consultation, copy writing, and pitching for larger projects. Charlie is presently writing two new feature films and developing his own short film as a writer-director.